History
About us History
1925

Henk Schott (son of Johannus Schott) joins the management of the company and in 1967 he assumes its leadership. During this period, the company’s turnover grows to €35 million, in part thanks to the establishment or takeovers of several pumping stations and the large-scale distribution of fuels in the province of Groningen. 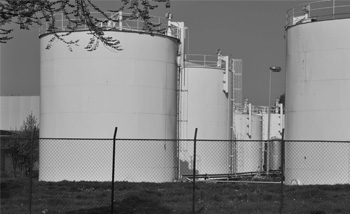 Stinoil Holding, the current parent company of the Mobacc Group, is established by Henk Schott. Stinoil is an acronym for Schott in oil. This company succeeds G. Schott and Sons and continues with the core business of operating pumping stations and the large-scale distribution of fuels.

Following the sale of the above activities to Shell Nederland, Henk Schott establishes Mobacc as a subsidiary of Stinoil Holding. Mobacc focuses on the development and production of maintenance products for cars. Ton Tempelman is recruited as technical and chemical specialist in the field of aerosol products and production.

The first aerosol production line is put into operation with the help of Ton Tempelman’s widespread experience with aerosols. Production initially focuses on coatings and technical aerosol products.

Construction and opening of the new factory of 3500m2 at the current location: Demeterlaan 30 in Veendam. A second aerosol production line is opened. 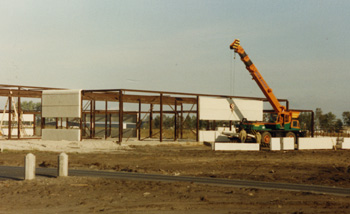 Expansion of the factory to 6500m2 and opening of fourth aerosol production line. The Rust Control International production unit is also opened. Rust Control was acquired from Shell in this period. The company mainly produces automotive coatings, such as anti-gravel and wax and bitumen based coatings. This company was an obvious candidate for a takeover bid because many of these products are packaged in aerosols. This acquisition means a perfect addition to Mobacc’s product range and will result in strong growth over the coming years. 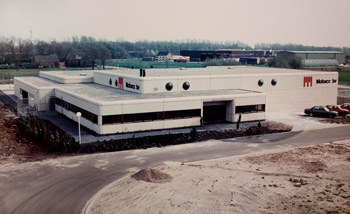 Second expansion of the factory from 6500m2 to 10,500m2 and fifth production line opened.

Early 2002: After having successfully led the company for 20 years, Henk Schott passes on the general directorship to Jos Schott.

Late 2002: Establishment of Pharmaspray in Veendam with a single production line. The new company is to focus on aerosol production for Medical Devices and Food. The company will grow rapidly in the coming years. 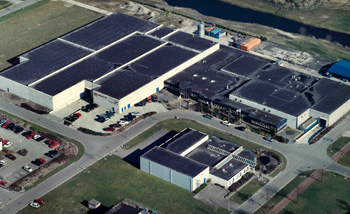 Pharmaspray is granted ISO 13485 certification. This is recognition of Pharmaspray’s mission: to be a safe and reliable producer of aerosols for the Medical Devices industry. 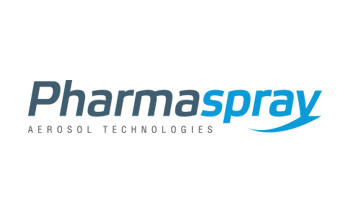 Pharmaspray is granted the BRC certificate for the Food industry.

Mobacc invests €12.5 million in the replacement of three old production lines with three new high-end PLC controlled production lines, the renovation and upgrading of its liquid mixing plant and the installation of 14 new liquid tanks.

An investment of €5 million in the Pharmaspray unit in the factory in Veendam. With this investment the factory grows from 10,500m2 to 12,500m2 and Pharmaspray opens its second production line with a new mixing plant for preparing the products.

Despite the global crisis, the Stinoil Group grows steadily and the company emerges as a European aerosol industry leader, particularly in the field of technical aerosol products, meeting all the rules of quality and safety (fully compliant with Seveso II). In 2010 the total group production is more than 40 million units.

In 2010 the total group production is more than 40 million units. 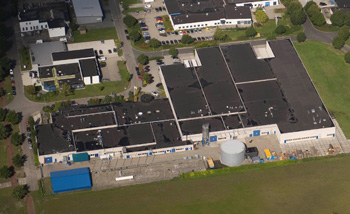 Construction of new innovation centre and head office started. This building is next to the factory in Veendam and will house all the R&D, management and commercial activities of the Stinoil Group. The total floor area of our R&D activities will increase to 1500m2 and consist of three state-of-the-art R&D departments and the requisite application rooms. The building will also become the centre of all our commercial and management activities. This investment of €2.5 million in better equipped R&D facilities will enable us to take our product development to the next level. We currently employ eight R&D staff who focus on product development for our customers. When the new centre is opened the R&D team will increase to fourteen. The challenge for the near future is to focus on more environmentally friendly products. We are ready for this challenge.